The thrill of playing at the Olympic Stadium in Rome

So, turns out that one Sunday evening in February, I had the opportunity to play at the Olympic stadium in Rome, right before the Lazio-Inter match – and before the explosion of the coronavirus psychosis – on a warm, exciting, later serene, evening that will remain indelible in my memory.

Half an hour before the game I walked towards centerfield like a footballer, even though there’s usually 22 of them on the field, while I was all alone; the lights went down, my lightning bow looked like a sword more than ever, I started playing my Warp 6 a cappella and, something that hasn’t happened in a long time, my hand trembled slightly.

Just like the voice of a nervously excited singer trembles a little, my hand trembled a little too; I remember it happened to me, and totally out of control, at my first audition for Domenica In, at the Rai studios in 2002 (talk about bad impression); it also happened during a few of the first ‘Fame’ shows in the theatre, but I recovered. Twenty years on stage have taught me to manage that ‘out of control’ emotion, make it pass in a few seconds, make sure no one notices it and start the show.

And that’s the way it went: l’Amour Toujours brought all the Lazio fans together (and also the Inter fans), and in an instant my unexpected performance engaged tens of thousands of people in the bleachers and allowed me to breathe a sigh of relief.

Right after me, it was the turn of Briga, who sang in a magical atmosphere, and for a die-hard Lazio fan like him the emotion must have been much different and more multifaceted compared to mine.

In the following days, also thanks to Lazio’s victory, I received messages, quotes, testimonials of esteem and collected a good number of new fans, thanks to this union between music and the world of football.

Sports should be a festive occasion, going to a stadium can be an experience that goes beyond the game, beyond who wins and who loses, beyond the brawls and insults that way too often play a leading role around the field.

In my own small way I was able to be a vehicle of this sporty and genuine spirit, thanks to those who chose my performance and believed that it could convey a positive meaning; next time I hope to play my music in a stadium for the long haul, and maybe, to balance my story out, I will invite some footballers up on stage! 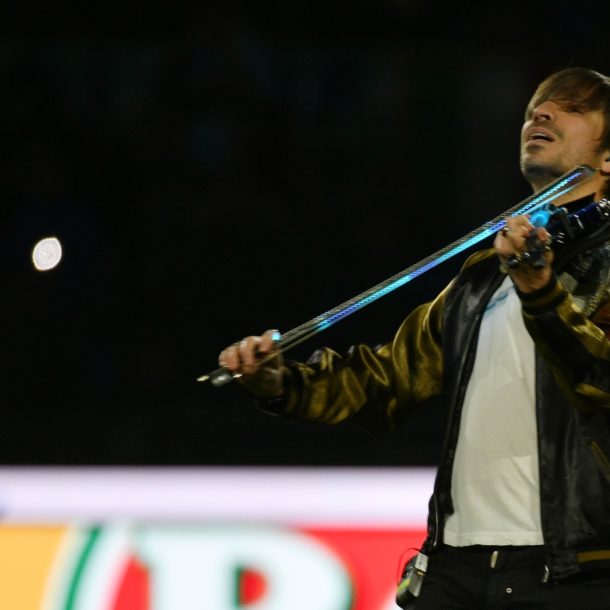 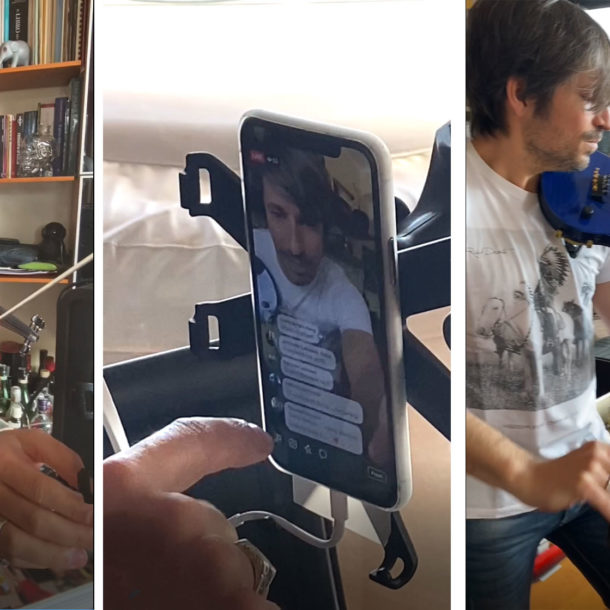