The story unfolds in a series of perfectly autonomous tracks-episodes that, concurrently, cover the entire arch of the story throughout its key stages. The respective music videos, illustrated by the expert hand of Lorenzo Gubinelli, highlight the events.

Once the mission is drafted, AJ travels in space and in memory – as he has taken to heart the fate of all humanity, trying to free it from its worst nightmare: the lack of communication – and he will not stop his journey until something pushes him to do return to Earth …

«This spacesuit is as cold as a fish. Dammit.

You are lying here, locked in the ice of a capsule, peering.

The quintessence of humanity stands before you, just think.

can you see it down there?

2235, Commander AJ pilots the Life on Mars spaceship and, alongside him, his inseparable travel companion, his violin.

On Earth, the great civil war of the digital age has undermined people’s conditions of existence and has upset many aspects of their social life. The foundation of human communication and the way of being human has changed. AJ is one of the few surviving musicians of a besieged relational community that is fighting to propose a model of existence to future generations. Appointed as The Space Violin mission commander, he embarks on an expedition hoping to contribute to a positive change in humanity.

For 7 years, he has been searching for distant planets, different worlds that can host life, or alien life forms with which to communicate through music.

During his travels, AJ encounters the Two Suns (Double Sun); a form of life outside the human dimension that reveals herself to AJ (The Space Queen); and a nearby danger in the form of a black hole (Black Hole Tale).

During the journey back to Earth the memories begin to flow, emotions and fears bring back to light the reason for his mission: humanity, managed only by automatons and devices, can no longer keep its thousand-year heritage of experiences and resources. With the loss of respect for the feelings and the most intimate needs of the human soul, the dialogue between individuals has been distorted and mankind seems to have no terrestrial future.

Part of humanity seeks the support of the Alliance, but lives only short periods of illusory peace. Any possibility of personal action aimed at producing improvements resides in the dark, the individual is hollowed out from within, people rely on a System of Algorithms for solutions, thus handing over their lives to the perpetrators. Someone, or something, is devouring the world. 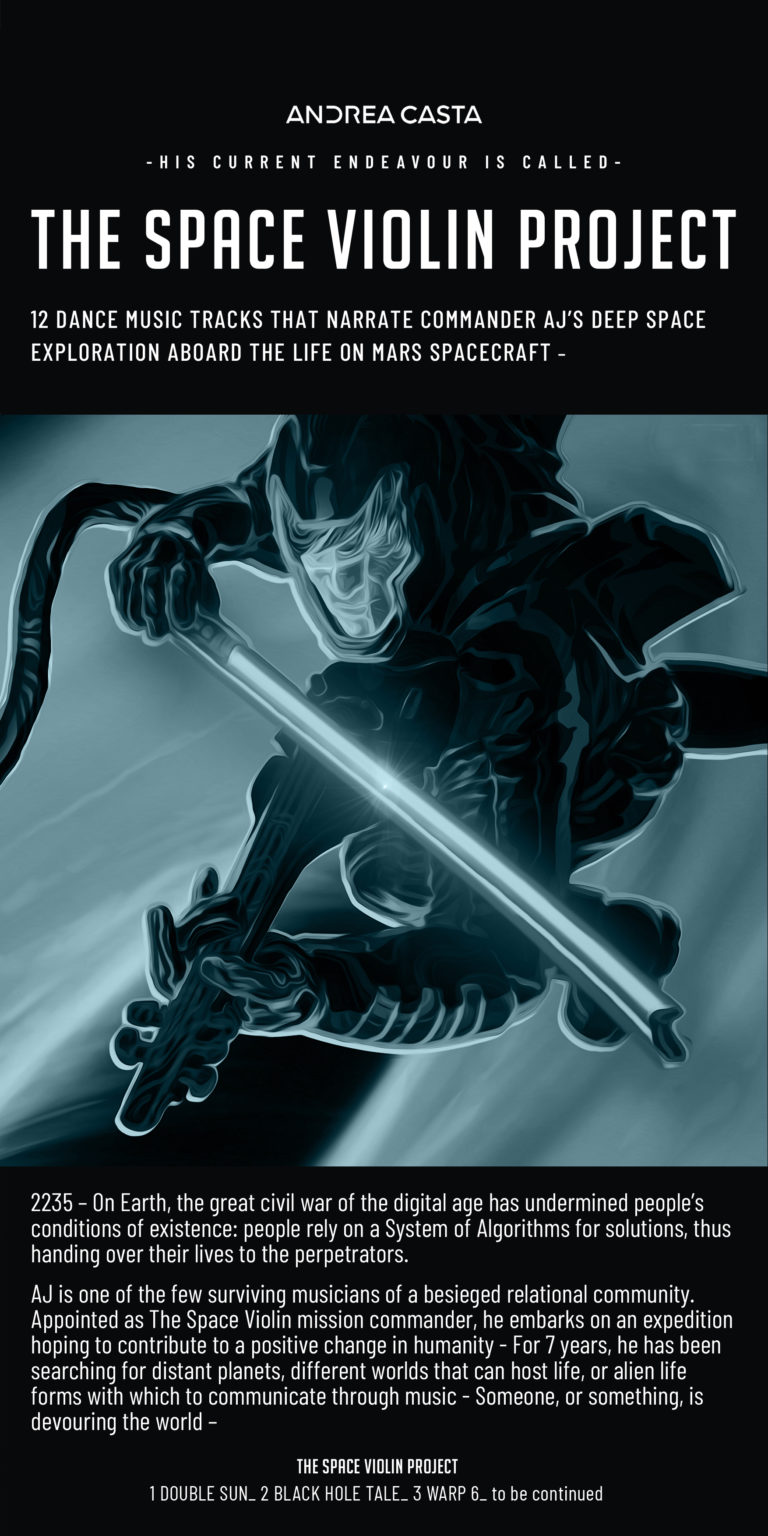 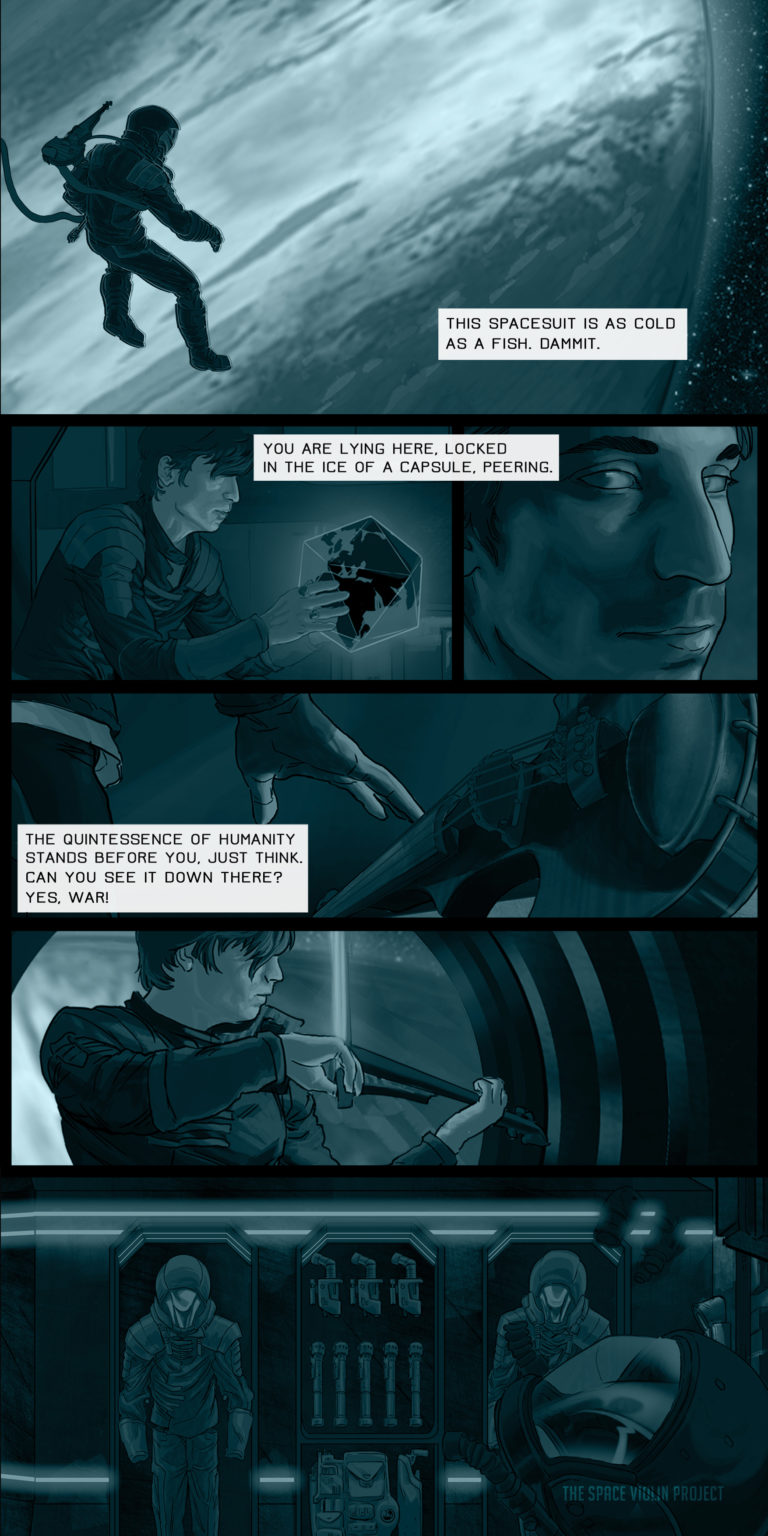