COLOUR DAY FESTIVAL in Athens: one of the biggest dates of my summer tour

I had announced it: Sunday, June 30th, invited by Greek dj and producer, and now friend of mine, Dino MFU, I played at the biggest dance festival in Greece, the Colour Day Festival.

One thing positively surprised me, as one accustomed to great festivals involving electronic, pop or rock music: the presence of a very young audience, I mean we are talking almost children, certainly with their parents or brothers in tow, who were, however, mixed in with young adults who danced and had fun in this huge party (around 20 thousand people). The reasons are easy to understand, though not applicable all over the world: also in Greece there is a big wave of trappers who express themselves in their language and have conquered the very young, but to see them alternating with DJs and producers of the electronic scene and house is not that expected, as well as seeing audiences willing to mix so easily; the ritual of throwing the coloured powders transforms everything into a great collective game and it seems to work really well here (I had participated in another Holi Festival in the past and it wasn’t as engaging).

If we think of Italy (and not only), the great Festivals are designed for targets that are often separate, and it’s unlikely that DJ’s of a certain background, trappers, pop-dance singers, or other artists will all mix together in a single line up, something that perhaps in a smaller nation is favoured by organizers and the music industry itself.

The fact remains that the sensation on stage was really strong, because such a young audience is usually disconnected from the “flow” created by a house good dj, and for this exact reason it was so exciting to see them immediately participate in the energy created by Dino MFU’s set, and respond to the sound of my violin and my lightning bow, and jump joyously while a marvellous sunset illuminated Athens’ Olympic complex and everyone in the crowd, no one excluded, had their own hands raised among the thousands of colourful hands raised towards the sky.

In short, the two days in Greece, as it often happens when you leave your own country and comfort zone, left me with an incredible energy, a desire for new collaborations and a great closeness with the Greek people who, despite the millennial parallelism, we all too often don’t feel a connection with, except for their beautiful summer destinations.

This was my umpteenth international performance, and soon I will be able to tell you more about it: being able to compare myself with different nations and people is a great enrichment, both as an artist and as a man. 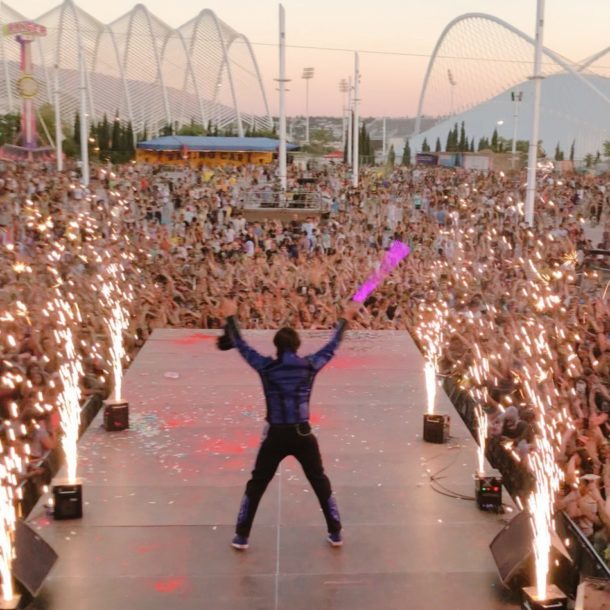 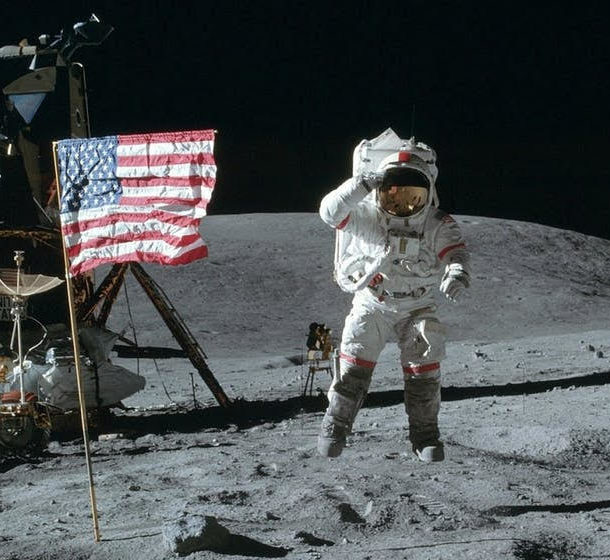 50 years ago, the man on the moon: an anniversary that involves all of humanity, and also my music
Next Article
Loading...
Loading...