Happier for you: Marshmello ft. Bastille and my electric violin

The most globally successful song

I announced it, we produced it, now it’s all yours: we’ve “remodelled” one of the most globally successful songs of the last few months.

First request: listen to the song and watch the video here https://youtu.be/3iTNEw8hFWI
Second request: leave a sincere comment under the video, whether it’s a nice one or not, and a suggestion as to which song you would like to hear the “violin cover” version of next.
Third request: return to the blog and finish reading this post 😉

I chose Happier because many people asked for it and because I wanted to express the “space violin” sound also beyond the songs of the project itself; you will in fact find the arrangement with electronic influences from the 80’s quite familiar, as in some of my tracks published on Spotify, iTunes and other platforms in recent months, thanks to the arrangement and production of Fender Funk, formed by Davide Lezzi and Leonardo Magara (one half of the Beatone who produced Black Hole Tale).

I chose Happier above all because it’s truly a song of our day, for how it was written and for how Marshmello arranged and produced it: the working team that hides behind the DJ with the clownishly smiling marshmallow shaped mask can interpret today’s electronic pop dance at its best, it’s not just marketing, and if Anne Marie, Dj Snake, Zedd, Alan Walker, Justin Bieber, Avicii, and many other protagonists of the music scene, have decided to collaborate with him it’s because there are very valid reasons that go well beyond just raising ones image.

In the video you will see only ‘yours truly’ and the violin, in a “Kubrickian” like studio, shot through Andrea Scialpi’s fresh lens. The violin is truly like a voice, and is proving very popular in an era of simplification of melodies and pop compositions; perhaps we violinists are the ones who are the most surprised by this; as far as I am concerned, the term “electric” is not just an adjective that defines the type of instrument I play: I have been working for years on a sound that represents my voice and the electric component has allowed me to become recognizable and to express myself at my best, especially when I travel in the future and in space (or, on a more daily basis, from console to console and from dancefloor to dancefloor).

An old Maestro of mine always told me “in the end, you play what you are”: therefore, while waiting for the next episode of Commander AJ’s journey in the Space Violin Project, I hope that this Happier adds to your playlists a little more of me. 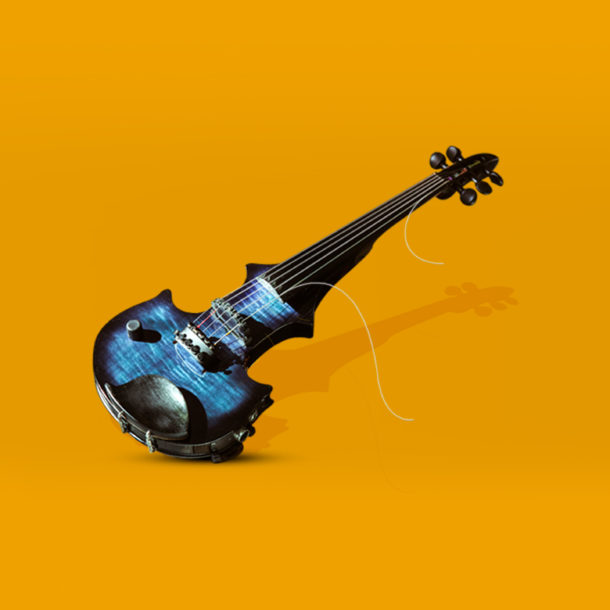 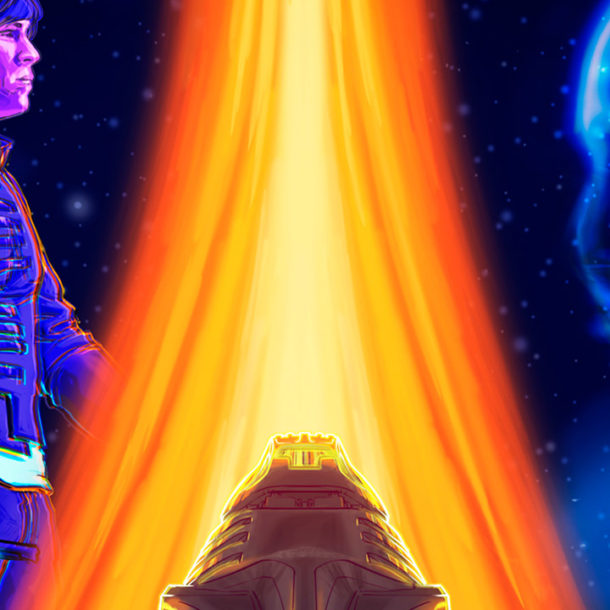